Showing posts from July, 1972
Show all 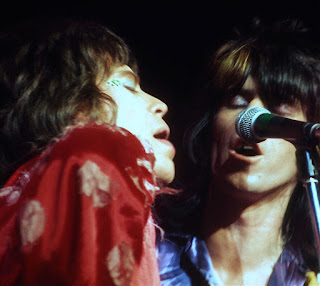 The Rolling Stones performed at the Indianapolis Convention Center in the latter third of their 30-city US tour known at STP or Stones Touring Party. Rock critic Dave Marsh wrote that the the tour was "part of rock and roll legend" and one of the "benchmarks of an era."

The tour was in support of the "Exile On Main Street" album, which include "Happy," "Tumblin' Dice" and "All Down The Line."

Stevie Wonder was the opening act in most cities, but I can't tell you if he appeared in Indy. I do know that Mick Taylor was still the band's lead guitarist.


This wasn't the band's first visit to Indiana. I had seen them in 1964 when they performed at the Fort Wayne Collesium without Brian Jones, who was hospitalized with pneumonia in Chicago. The opening acts were the Shangri-Las, who lip-synced "Leader of the Pack" and a group called the Green Men, which the local newspaper critic said was "by far…
2 comments
Read more
More posts